With my schedule relaxing a bit, I’m finally back in the groove and am excited to bring some new posts to the site.  This one is kind of a “reminder post” of a new feature in SolidWorks 2010 that is easy to overlook.

You can now show Sketch Pictures inserted in models on the Drawing!  Below you’ll see a quick example I made of a picture frame.  With the help of Realview and a nice rendering made in Photoview 360, it’s pretty easy to quickly make something that is visually appealing.  The problem with an example like this is that when you take that model to a Drawing, the centerpiece (the Sketch Picture) was in the past lost. 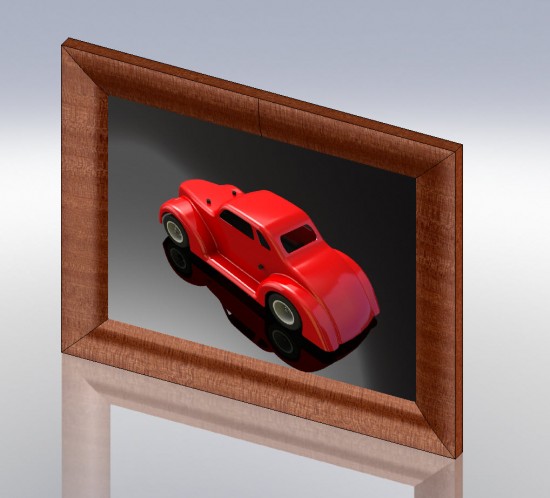 In SolidWorks 2010, the Sketch Picture automatically comes into the Drawing and is shown in all views where the image is visible. 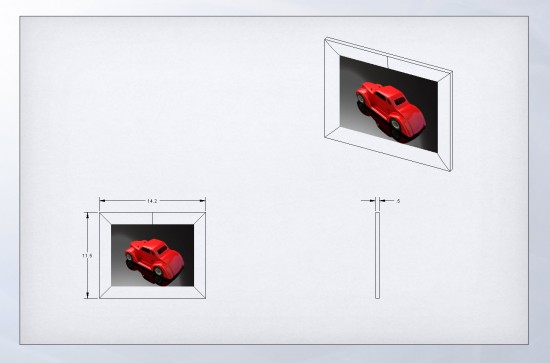 If you go ahead and turn on the Shaded views, you can show the full appearance in the Drawing! 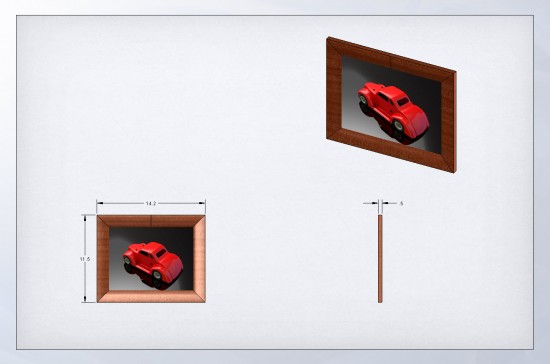 Although this example is a bit “out of the norm”, this new feature might just allow you to document your designs in certain area with greater detail.  The application of it is up to you!

A few weeks back Jeff Mirisola and I participated in a Roundtable Discussion with Lou Gallo over at the SolidWorks: Heard! Podcast site.  The subject ...

New in SolidWorks 2009 is the Sketch Slot feature.  This sketch entity allows you to quickly create both Straight Slots and Arc Slots in a ...

Here is a quick little video tip on connectors which can be found in Boundary Surfaces, Sweeps, and Lofts.  Most users that utilize these features ...

In last week’s press release, it was announced that starting with SolidWorks 2007, users will be able to “save any file in Adobe Systems’ new ...