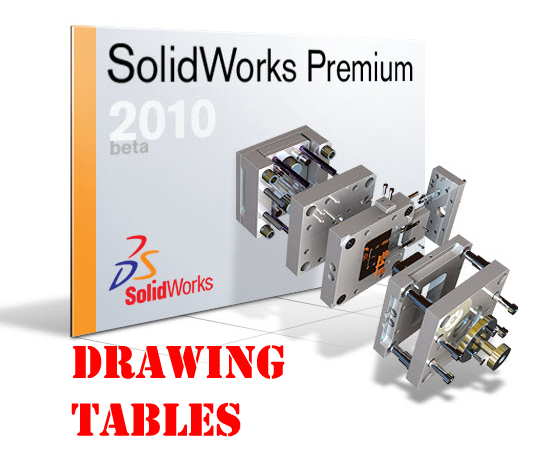 Sometimes when testing newer versions of Software you discover some “unreported” enhancements that really can be a time saver.  That type of enhancement is the source of this post, but first we’ll take an overall look at the enhancements to Tables in SolidWorks 2010.

As reported in my SolidWorks 2010 Enhancements Highlight article, all Tables in SolidWorks 2010 now behave VERY similarly to Microsoft Excel.  You can now use the Tab key and arrow keys to quickly switch between cells during data entry.  In previous versions, you had to double-click EACH CELL to make a modification.  This could make entering data in any type of table a painfully slow experience.  Below is a link to a video that highlights the Excel behavior in tables. 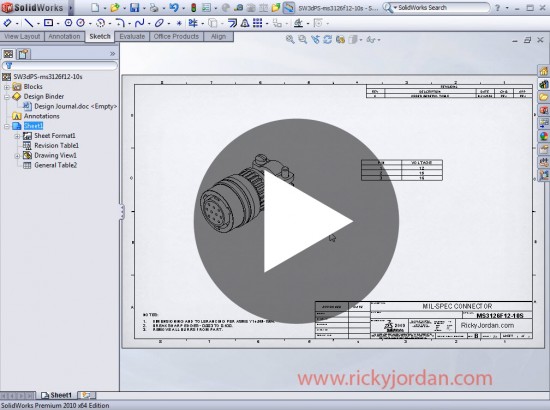 Last week I got a question from one of our users concerning tables.  He was working on a cable drawing that contained a couple of “custom” tables that were produced in Microsoft Excel.  The tables were pasted into SolidWorks which utilizes standard Windows OLE (Object Linking/Embedding) to display the Excel information inside the SolidWorks Window.  In previous versions, we stored the Microsoft Excel document inside the Design Binder of the Drawing document.  The user noted that when opening a Design Binder document in SolidWorks 2010, the default behavior was now set to open Microsoft Excel WITHIN the SolidWorks Window which is similar to the behavior you see when you create or edit a Design Table.

As we were discussing the table behavior, a thought popped into my head.  I wonder if I can import the Excel data into a SolidWorks General Table?  Having the Table in SolidWorks will allow for easier table editing and more precise font and cell sizing options since OLE isn’t in use.

This table was HUGE.  About 5 columns wide and 49 rows tall.  As a test, I created a General Table that matched the column and row count.  I then editing the Excel table to where I could access the data directly in Excel.  I copied all the cells to the clipboard.  After exiting the Excel interface, I tried pasting the data from the clipboard to the new General Table I just created.  It worked!  All the Font sizes and type were perfectly preserved.

So with this little trick…it won’t take very long for users to convert OLE type Excel tables to General Tables!  There are lots of documented features to export tables, but nothing is shown for importing table information from a spreadsheet.  Below is a link to a video that shows off the Excel Import trick. 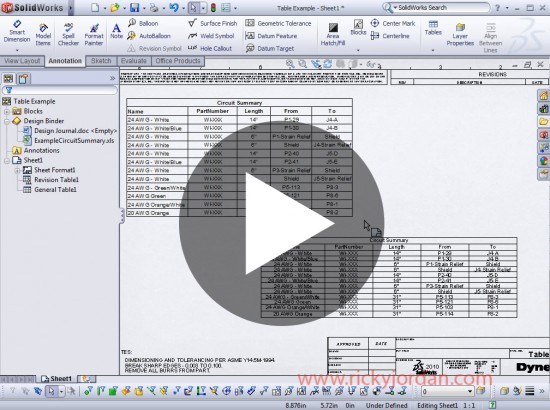 The new table behavior is a welcome change and this little import trick really completes it.

One might think it would be easy to pick out a mouse for use with SolidWorks, but when it comes to me, I hasn’t been ...

I added some additional notes and links to photos tonight to the previous post on the Knoxville User Group Meeting that I attended last night.  ...

Here is a great little tip-off for those of you using SolidWorks 2008.  With previous versions of SolidWorks, you may constantly find yourself venturing from ...