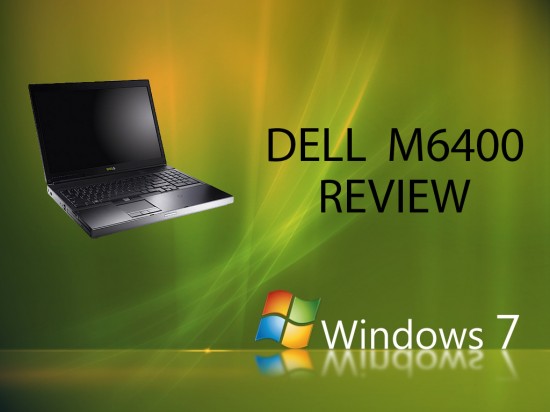 Well…after Vista x64 started giving me a few “blue screens” and the fact that I had a slow week at work, I figured this was an opportune time to update my M6400 to Windows 7 x64.  Last June I did a review of the M6400 hardware itself.   Since that seemed to be a popular post, I thought I would provide an update of my Windows 7 experience with this machine.

After backing up all the files on my system I handed off the computer to the fine folks in our IT department.  I dropped the computer off at 3:30pm on Monday and it was ready for pickup Tuesday morning at 8:30am!  Let me tell you…the folks in the Dynetics IT department are AWESOME!  Special thanks the “Dr. Lafferty” for turning it around so quickly!

I cannot believe how smoothly things have gone in installing all of my daily use programs on this system!  Our IT department took care of getting all of the updated BIOS, Video, Sound, Wireless, and other system drivers setup (which Dell had Win7 x64 versions for) along with getting MS Office on it.  The first things I installed were Firefox and Chrome.  I have very little use for IE these days and still can’t stand how slow it can be at times.

After getting the new browsers setup I was set to install SolidWorks.  We are in the middle of a transition to SolidWorks 2010 right now so SolidWorks 2009 is still needed for hopefully about another month once the final project on it wraps up.  I decided to do things a bit different.  I installed SolidWorks 2010 FIRST.  After that was completed…and WOW was that install fast…I installed SolidWorks 2009 SP4.1.  The only “side effect” from installing SolidWorks in this order is that the SolidWorks 2009 Installation Manager did not install Photoview 360 2009 & DWGeditor 2009 since the 2010 versions of each program were already on the computer.  Since this install is temporary, I have no issue with this.  I could go and get the manual installs for each if I needed them, but if I am going to use either, the 2010 are preferred anyway.  (I might have to watch opening and saving SolidWorks 2009 files in Photoview 360 2010 though.)

The rest of the programs I installed include:  Adobe CS4 Web Premium, Camtasia Studio 6, Tweetdeck, SnagIt, iTunes, & FileZilla.  All of these programs installed and seem to perform flawlessly.  (Although Adobe CS4 took an incredibly long time to install – What’s up with that Adobe??) 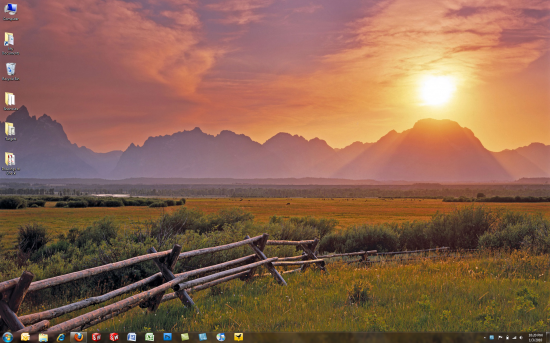 I’ve had Windows 7 since the Release Candidate was made available on a test box at home, so it wasn’t all new to me.  However there is a difference in occasional use versus everyday use.  I’m discovering many new features that I haven’t used much on my home test system.  One thing I have found myself doing is pinning most of my “common” programs to the new Taskbar.  The jury is still out on this…but so far I really like it.  The taskbar is much cleaner now that it isn’t cluttered with multiple instances of an application.  Being able to hover over a program and get a quick view of all the open windows is VERY nice.  Here is what my Taskbar looks like thus far. 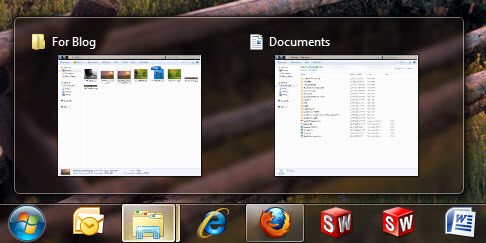 Since this is a fairly new computer (Got it around May of 2009), Dell already had all of their Windows 7 compatible drivers out.  My sound driver was NEVER right in Vista x64, but is working PERFECTLY in Windows 7.  I also had some really STRANGE issues with the wireless control software in Vista.  The Intel drivers didn’t work and the Windows Wireless drivers didn’t seem to want to connect to secure networks without our IT group having to set some special setting.  It has worked flawlessly in Windows 7 and the setup for all of the wireless networks I connect to has been very easy.  So far it has been a great experience!  If I find any gotchas with any of the drivers…I’ll be sure to post them later.

The last test I did for this article was in relation to benchmarks.  I used Anna Wood’s Punchholder benchmark in SolidWorks 2009.  The reason I chose SolidWorks 2009 was that I did a benchmark on this exact computer back when it was loaded with Windows XP Pro (32bit).  I thought it would be interesting to compare the results.  I did this as well when this system was built with Vista x64.  Below are the results comparing all three.

Not surprisingly, Windows Vista was the slowest.  Surprisingly though, Windows XP 32 bit still rebuilt the part 14 seconds faster than Windows 7.  The 64 bit system allows for maximum memory usage which is crucial for large assemblies, but as it appears in this test, this system does take a slight performance hit when going from 32 bit to 64 bit.  This type of difference really doesn’t make that much of a difference to me because I’ll take not running out of memory anyday over a slightly faster rebuild time.

That’s all for now.  Based on my experience thus far, I would still recommend this system to folks needed a portable workstation.  I already like Windows 7 MUCH better than Vista due to the ease of which the software installed and how well it has performed thus far.  If you can load Windows 7 and all your everyday software is supported, I highly recommend it!

It was an early start to the day for me as my flight leaving Huntsville was at 6:00am. Add to that the fact that I ...

New in SolidWorks 2009 is the Sketch Slot feature.  This sketch entity allows you to quickly create both Straight Slots and Arc Slots in a ...