The Weldment functionality received some significant upgrades in SolidWorks 2009.  The general result of these enhancements will be less time spent by the user generating Structural Members and less time needed to trim/extend components. 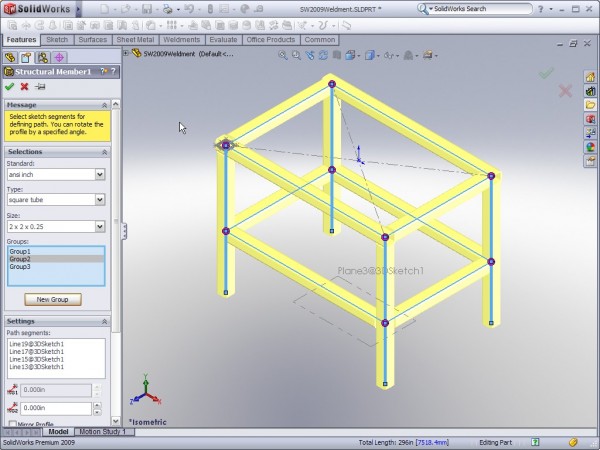 Another new feature inside Structural Members is the ability to create weld gaps and apply them to an entire Group or a specific corner.  When applying weld gaps to a Group you can apply the gaps to connected members within the same Group and/or apply gaps between different Group segments.  The next image shows applying a weld gap to an entire Group. 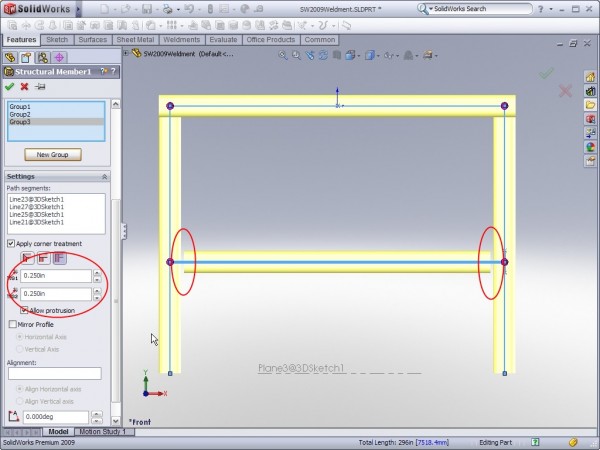 The next image shows how you can apply a corner specific weld gap. 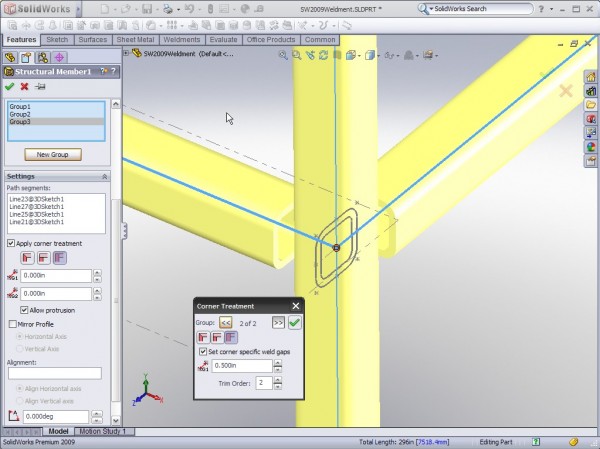 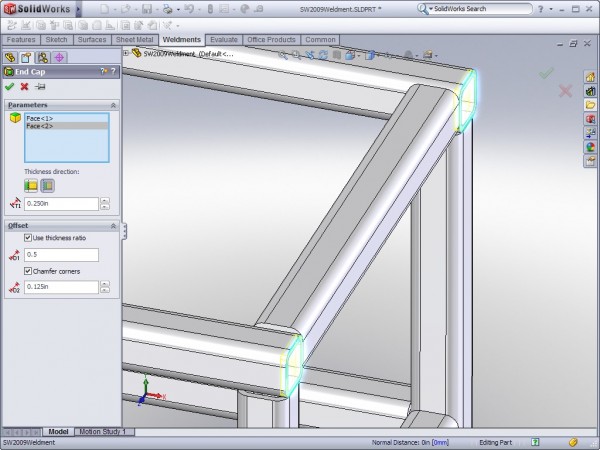 The Gusset tool now allows you to create an internal chamfer.  This enhancement is shown in the image below. 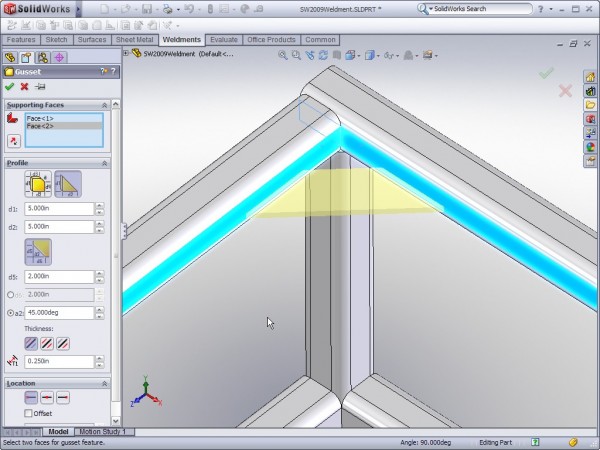 Click on the image below to view a video demonstration showing the features outlined above. 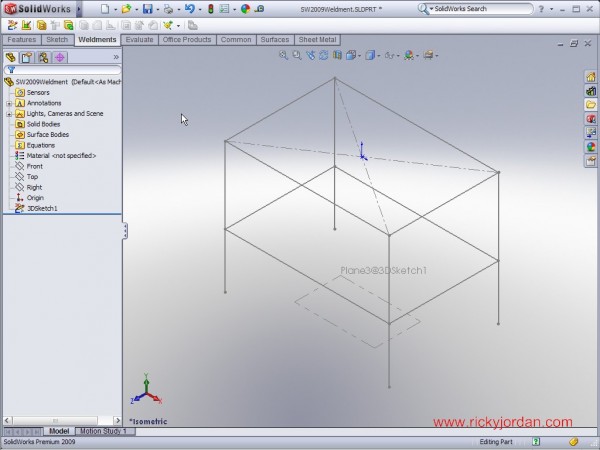 The Weldment Trim/Extend Tool has seen some enhancements as well in SolidWorks 2009.  This tool will now split structural members when they cross.  You can also extend members much easier and now have the choice to keep or discard members effected by the splits.  You also have the ability to add weld gaps as part of the Trim/Extend process.  Below is an image showing some of the new options in the Trim/Extend feature. 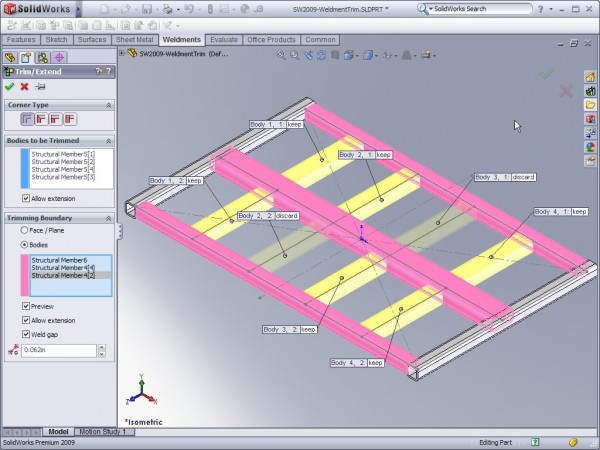 Click on the image below to see a video demonstration of the new Weldment Trim/Extend tool in SolidWorks 2009. 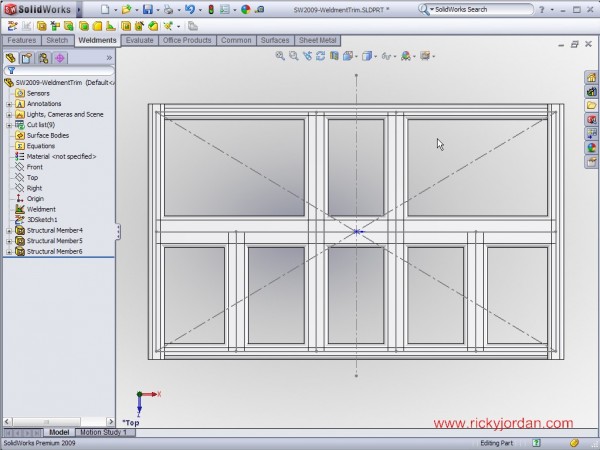 Here is your chance to experience PART of SolidWorks World this year for FREE! If you register with this code, SWEX08119, you will receive a ...

Over the past year, the Move Face tool has become one of my favorite tools in SolidWorks. It was originally introduced as a tool that ...

It’s upgrade time this week for SolidWorks where I work.  I thought this would be a good time to discuss a few things to do ...