Yesterday I posted a Sneak Peek of PhotoView 360 and today I am posting a First Look of PhotoView 360.  PhotoView 360 Beta is now available for download at the Customer Portal so the rest of the NDA has been lifted.  I can now talk about all aspects of the program.  I honestly didn’t think it would happen this quick so you get the First Look review today which will highlight some of the features of the software.  I’ll post some more in-depth stuff in the coming days.  I’m sure my buddy Rob Rodriguez will be posting some stuff on his Blog too.  Ok…let’s jump right in!  Below is a screen shot of the main User Interface (UI) window of PhotoView 360. 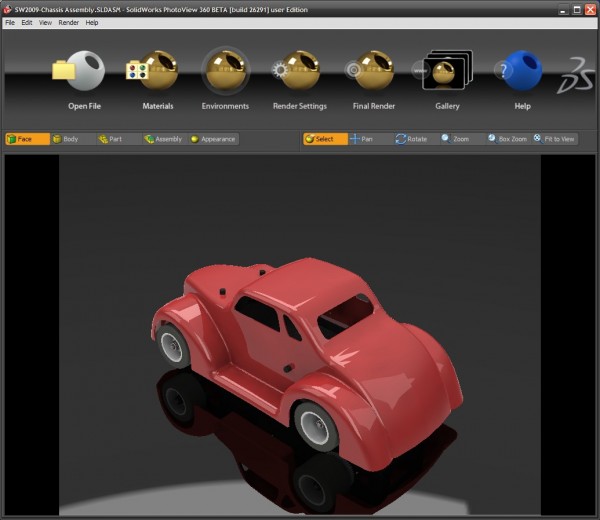 As you can see the UI is VERY simple.  The image you see above is the render preview image.  This is a view of the model that you can rotate, pan, zoom, zoom fit, and box zoom.  It is important to set your floor in SolidWorks as this is the floor setting that PhotoView takes.  The nice thing about this is that it makes rotation of the model easy.  There is no way you can get your model turned upside down.  With PhotoView 360 you can apply Materials through a drag and drop interface.  You also have several different Environments that can be loaded.  Environments carry the background, floor, and lighting setups.  Lets start with the Materials.  When you click the Materials button shown above, a separate window containing the Material selections opens.  The main UI window opens smaller than your full screen size.  This is so that your preview window isn’t too large.  The larger the preview window, the longer it takes to update.  The Materials window is shown below. 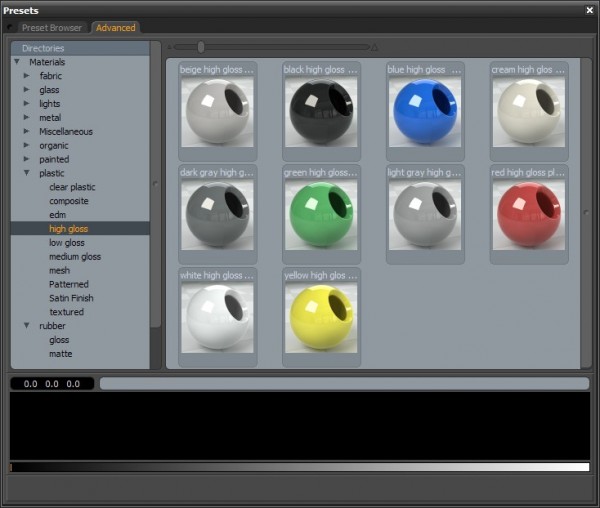 You might notice that the Material categories look similar to Appearances in SolidWorks.  That’s because PhotoView is designed to import most of the Appearance data setup in SolidWorks.  In order for this to happen consistently, you’ll need to save your files in the SolidWorks 2009 format.  PhotoView will open files from previous versions, but will most likely have no Appearance/Material data.  Some of the Materials DO have textures and you have the ability to make some adjustments to those textures.

When you click the Environments button in the main UI, a separate window opens in a similar manner as the Materials window.  The Environments window is shown below. 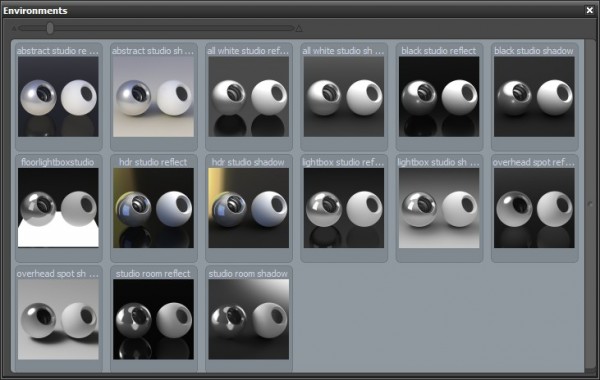 There are 15 default environments that come with the software.  I have not gotten into the software enough yet to fully understand what changes can be made to these environments but it looks like the options may be somewhat limited.  Double clicking an Environment box activates it for the model window.

I have prepared two separate videos that show PhotoView 360 in action. Click on the image below to view the first video which shows a model in SolidWorks followed by the quick setup in PhotoView 360. 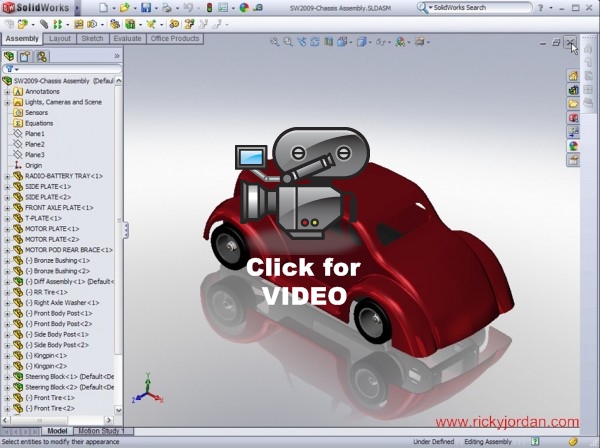 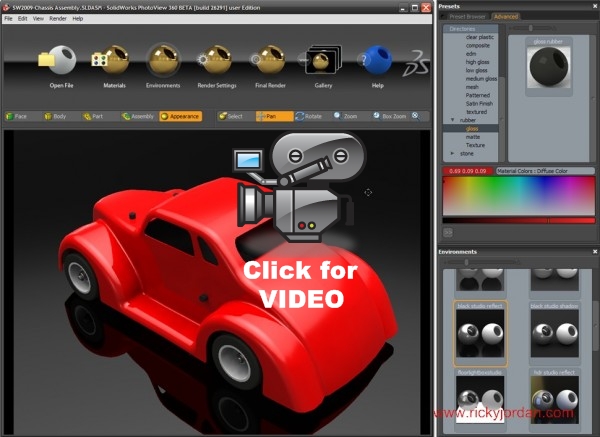 Below is the rendering produced in the second video. 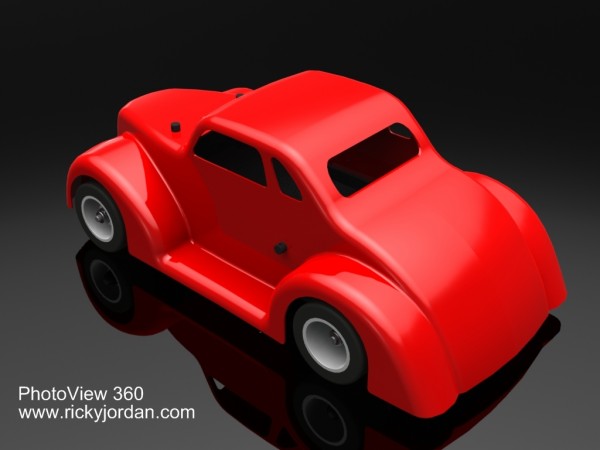 Richard Hall is one of our longtime supporters and members of the North Alabama SolidWorks Users Group (NASWUG). Richard has the unique honor of being ...

My eight year old son never ceases to amaze me with his computer skills.  He called me over to the computer the other day and ...

No, I have not fallen off the face of the earth…but it sure feels like it.  Things have been beyond hectic for me the last ...