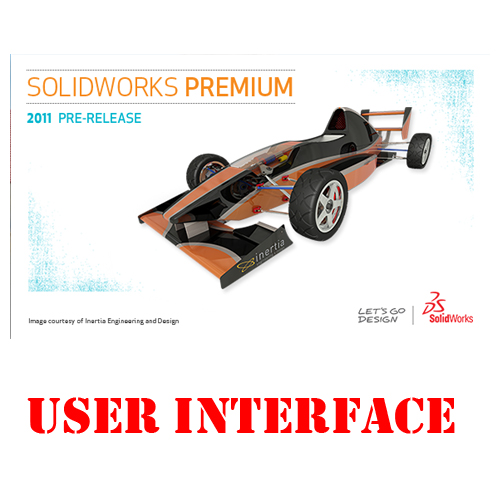 Although in general, the User Interface is the same when comparing SolidWorks 2010 to SolidWorks 2011, there are some subtle differences.  Lets start with one of the most simple, yet effective enhancements.  I’ll bet  you thought I was going to talk about the Search capability, right?  Well…not just yet.  While the search enhancements certainly fits into this category, there is another feature that might even be a little more simple and effective. 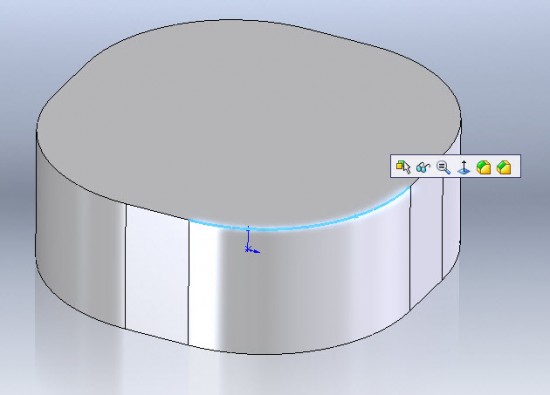 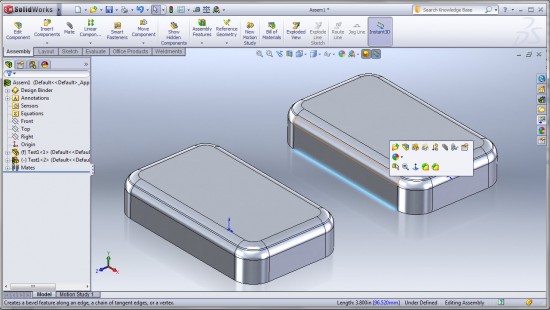 Ok…so this is a small change, but it will definitely speed up the process of adding Fillets and Chamfers to models.  Perhaps the most talked about UI enhancement though has to do with Search.  So many programs these days contain a search window in the upper right corner of the screen.  Its simple really…Type what you want to find in the window and almost instantly you are browsing the results of the search.  On more than one occasion I have “accidentally” typed a value in the “search” window in SolidWorks 2010 thinking I could search the help.  (After all, this is how we do search in most web browsers…right?) In previous versions, this window only searched for models contained in your saved search paths.  In SolidWorks 2011, you can set the Search window to search not just Models, but also the SolidWorks Help, Knowledge Base, and Community Forum.  An example of how you set the search option is shown below. 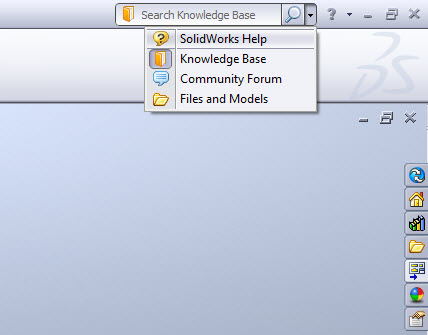 The last of the UI enhancements I’ll cover today has to do with the appearance of icons in the PropertyManager.  The differences are subtle, but the icons are presented in a more consistent manner and when possible, icons that have similar meaning in other parts of the software have been “standardized” across the program.  Note the use of the Draft Feature icon for the Draft option in Boss-Extrude PropertyManager as shown in the image below. 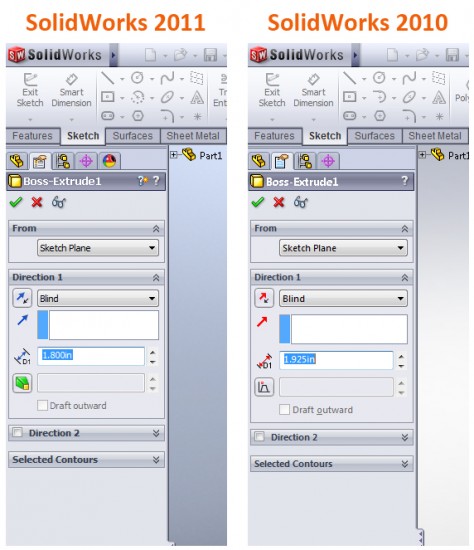 That’s all for today.  Stay Tuned…more to come!

Gearing up for SolidWorks 2008

As the SolidWorks 2008 Beta Contest enters its final stages, the rollout is sure to begin soon.  I have had some time to Beta test ...

I’m sure all of us have had this happen before.  You stroll around through the UI of your favorite software package and find a button ...

And so it begins.  Sunday at SolidWorks World is always a busy day.  The highlights of the day included the CAD Managers Boot Camp, ...