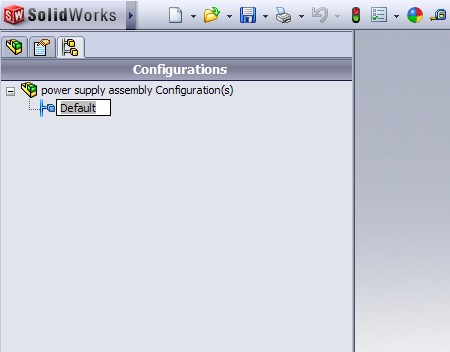 Well, it looks like SolidWorks slipped a little “enhancement” in on us.  While I’m not completely sure when this new feature was added, all indications point to SolidWorks 2009 Service Pack 2.0.  So what is this enhancement and WHY is it BIG NEWS?  I’ll be MORE than happy to answer that for you!

I also tested to see if you could DELETE configurations of an Assembly or Part while another document referencing it was open and was glad to see that SolidWorks would NOT allow the configuration to be deleted.

And now…a little history on this enhancement.  Charles calls this “One of the Biggest SolidWorks enhancements in years”.  I couldn’t agree with him more.  I can’t pinpoint exactly when, but I’m pretty sure I started putting enhancement requests in on this in the 2001 or 2002 time frame (I’m sure there were many others requesting the same thing).  It has been one of those things I have checked out EVERY time a new Beta version of SolidWorks is posted.  I can assure you that I am NOT the only one who has been wanting this.  A few months back when Brainstorm was launched for the SolidWorks World Top Ten List, I looked at the list of items submitted as soon as I got on the site.  This enhancement was not listed at the time, so I added it.  What happened next REALLY surprised me.  That enhancement almost immediately shot up towards the top of the list and ended up being the 4th most popular enhancement request on the list.  So…when the Top Ten list was announced at SolidWorks World a few weeks back, this enhancement was announced in the #4 slot, but had ALREADY been implemented!

What absolutely amazes me is that SP2 has been out since January 14, 2009.  It was not included (at least I couldn’t find it) in the Release Notes for SP2.0.  It took almost a month and a half AFTER the Service Pack was released before it was discovered.  I am BY NO MEANS complaining about the feature being added….(In fact, I WELCOME more functionality like this in future Service Packs)… I just wish that I would have known about it a little sooner.  This was almost like a late Christmas present today…err…make that an early birthday present (for me anyway).  A BIG Thanks to SolidWorks for getting this functionality added.  It was a long time coming…but I think I speak for MANY users when I say that we are VERY glad to have it!

I have included a short video that shows the functionality below.  (I apologize but this video does not have audio included.  My microphone quit working tonight…so it looks like a new purchase is on the horizon.  As soon as I get a new one, I’ll update this video.) 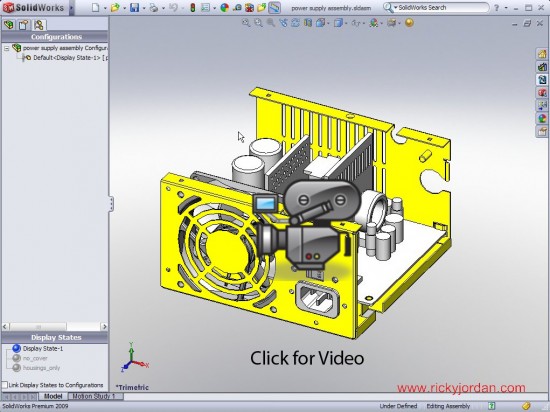 Its approaching late afternoon here in Orlando at SolidWorks World 2009.  It has been a very interesting day thus far.  Today I attended Round Table ...

Ben Eadie of SolidMentor recently filmed an episode with Patrick Norton at Revision3.com showing off his home built laser scanner.  Click the image above to ...

I love user group meetings. The part I love the most about the meetings is seeing the looks of discovery that people have when they ...