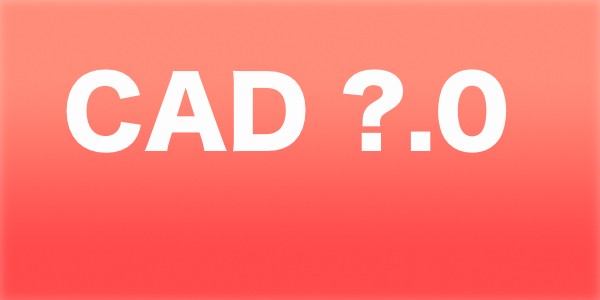 Ok…so the title of this post could be taken a few different ways.  Do I want to reinvent CAD? Not really…but I’m always on the lookout for new ways to work reliably but efficiently.  Note that I didn’t title this post “CAD Cloud” or “Online CAD” or “CAD in the Cloud”.  I guess I would like to look at it from a bit of a broader perspective.  How are companies today positioning themselves for the next “big” thing in CAD platform transformation?  Online and the cloud will no doubt play a part in that as we have already seen. (That is if you have been even paying half-attention to the industry the last two years.)

So let’s start with some of the “Cloud” packages.  This could include systems that only store data in the cloud or systems that are entirely cloud based.  The first word that comes to mind is “Flexible” and the second word is “Collaborative”.  Having the flexibility to access your data from many devices on different platforms is powerful without a doubt.  Naturally since it is on the web, the collaboration options are light years ahead of emailing files and pulling them up in viewers.

Talk of using the cloud usually leads to a discussion of security.  How safe is your data in the cloud?  If you work for a commercial company this topic may not be discussed as much but it is still an important one to have.  If you work for a company that deals in sensitive data, then cloud data is often met with a healthy dose of skepticism followed up by an abrupt “No”.  For some companies data breaches can be disastrous, so it certainly is a topic that should be taken seriously.  There really isn’t much that I have found in security standards or protocols that seem to work well with online cloud systems such as Amazon, Google, or Microsoft.  So if any of the CAD companies hope to ever lure data sensitive customers over to a cloud offering, there is going to have to be a much more structured approach to security.  Perhaps with some certified security protocols in place, things could begin to change.  I’ve seen some companies already looking at methods to employ multi-factor authentication.  I think this is a positive direction.  There is no doubt that all vendors with cloud apps are going to have to amp up their access methods if they want to continue to grow their market share.

Another big push I think we’ll see is the streamlining of model/feature processes.  We’ve all seen the “CAD Feature Wars” fought for years.  Most of the packages that have been around for a while seem to have leveled out a bit in that area.  Thats not to say that there certainly still isn’t room for improvement as far as new features go.  I just think we don’t see as many of the “big gun” feature additions like we did 10 years ago.  Because of this I think you’ll see efforts to develop new methods of applying these common features we use everyday in solid modeling apps. Featurescript from Onshape is an example of this.  It allows users to design their own “canned” features.  It is the only capability I’ve seen that allows users to create their very own custom features that look and function like regular features within the CAD system.

In the next post I’ll talk about “try before you buy” apps and how processing power could play a big role in the near future.

That’s all I’ve got for today….Part 2 coming soon.

SolidWorks World 2008 is in full swing as the break out sessions began directly after the morning general session.  First up for me was an ...

Yesterday I posted some news about a new program that had been added to the SolidWorks Labs website called CB Model Pro.  Tonight I had ...