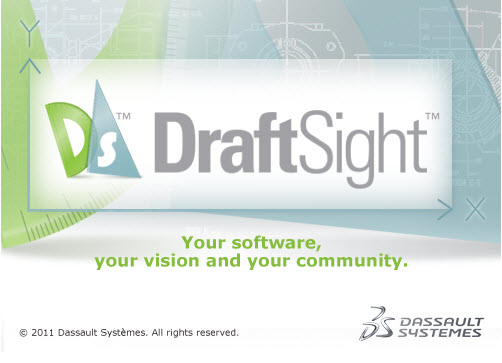 With this full release you also get a few enhancements.  Those enhancement include:

DraftSight is available for FREE at www.draftsight.com

It is available for both Windows & OSX.  A Linux version is said to be in the works and will be released soon.  (I’ll see if I can get a date.)

It appears that the community is responding quickly to this product.  Of course, who could blame them when it offers so much functionality for FREE.

On a personal note – I haven’t used DraftSight that much, but when I have it has performed well.  There have been a few comments on previous posts mentioning some issues with Printing.  I did some testing with the general release tonight and was able to print the test files I have.  If you are still having printing issues, make sure you report it to the SWYM support site.

A coworker of mine sent this to me today. (Thanks Johnnie!)  This is one of the coolest looking Robotics projects I have seen to date.  ...

It seems like every corporation these days totally overhauls their website every few years.  SolidWorks is no exception to this rule.  Take a look at ...

Well, due to an early morning start on Saturday with not much sleep from the previous night, my Saturday report on SolidWorks World is coming ...

The North Alabama SolidWorks Users Group (NASWUG) started off 2007 with a strong turnout tonight. Matt Lombard was in town to present his Misc. Debris: ...