The first General Session is over and WOW we have had quite the beginning to SolidWorks World. 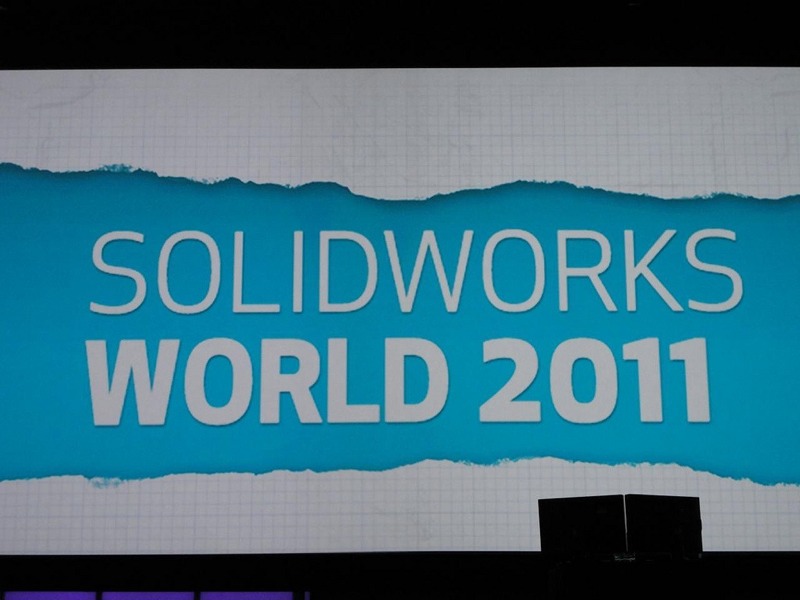 Jeff Ray kicked off the event by sharing how companies using SolidWorks assisted in the rescue of the miners trapped in Chile in 2010. SolidWorks customer Center Rock designs and manufactures drill bits that were used to drill the Option B hole. When the drill bit snapped, the Center Rock team designed a new drill bit onsite in SolidWorks and was able to get the newly designed bit manufactured back at the factory in 3 days! (Normally this would take 4 weeks.)

Oakley (also a SolidWorks customer) provided sunglasses for the mine workers so that their retinas would not be damaged due to lack of sunlight for so long.

Jeff also showed of the a device that helps treat jaundice in infants called the Firefly. This is the second product brought show at SolidWorks World by Design that Matters. (The previous was a neonatal unit made from recycled parts shown at SolidWorks World 2009.)

There are 100 newly Certified SolidWorks users who obtained their certification at the conference! A small group of users who have attended every SolidWorks World since 1999 were recognized. (Congrats to Phil Sluder for being one of those users!) 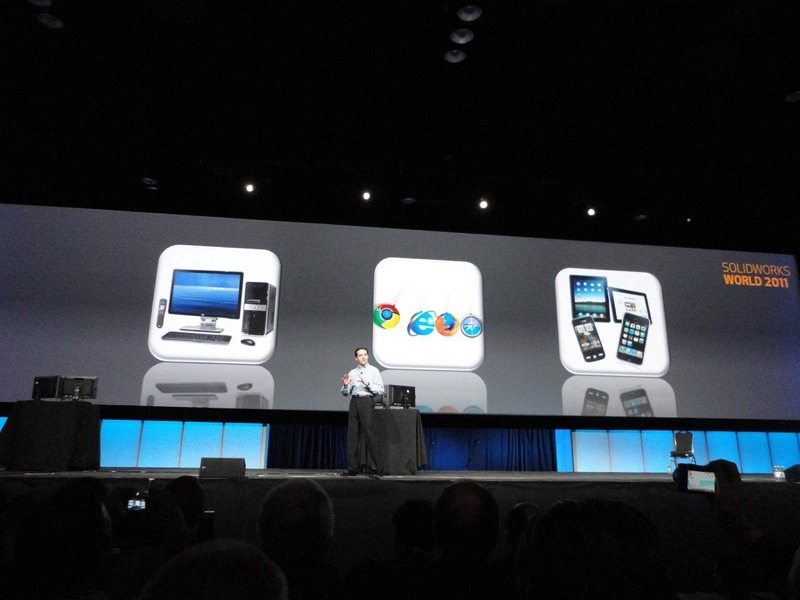 Now – For those of you who are following the whole SolidWorks Cloud discussion. New SolidWorks CEO Bertrand Sicot was introduced on stage and one of the first things he said was that SolidWorks will ALWAYS support Desktop, Online, & Mobile platforms. Very interesting statement. (More on that later.)

Bernard Charles also made an appearance onstage and showed off the new post3d product. It allows users to import their products into a virtual 3d environment so that they can show their designs in a virtual reality setup. (More on this later as well.) Check it out at post3d.com 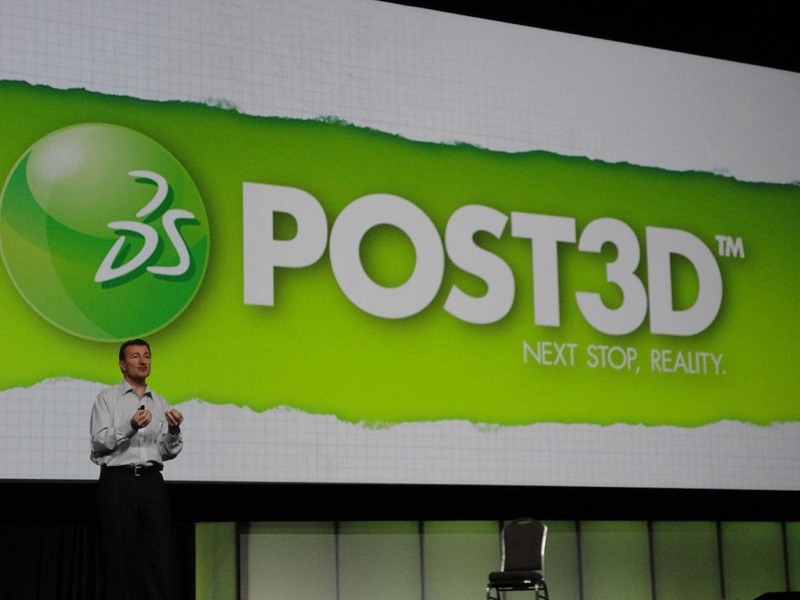 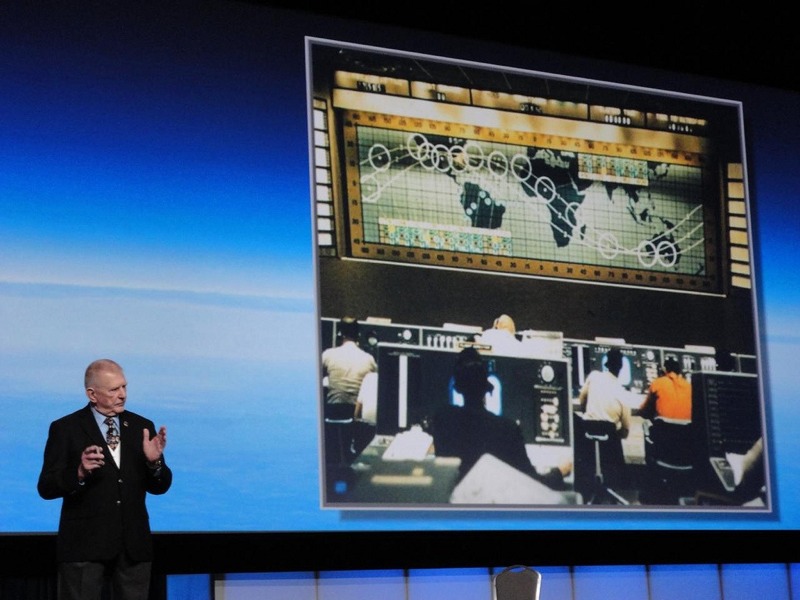 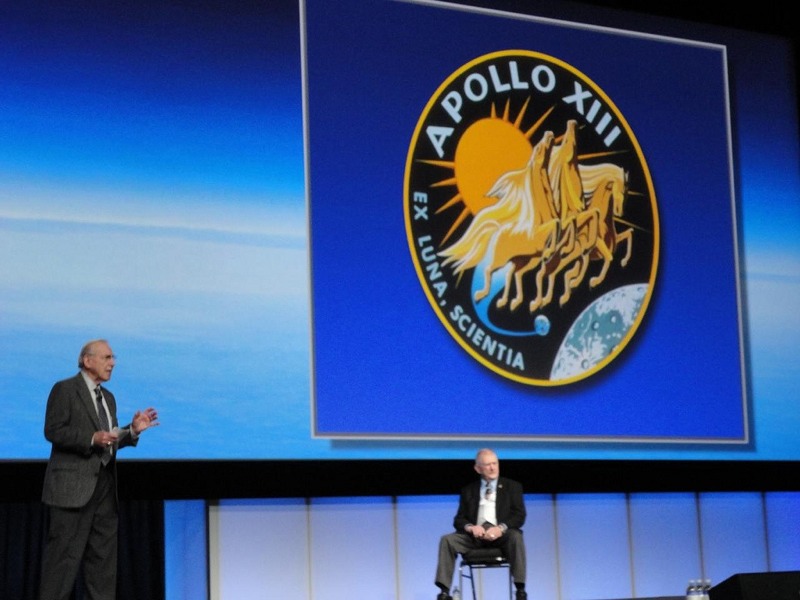 Gene Kranz and Jim Lovell were up next. Gene provided a brief background of the space program up to Apollo 13 and then went into many specifics of the mission. Part of that background was some details on how the Apollo fire effected the entire program and particularly how it affected mission control. He also talked about what it took to be part of Mission Control in that era. “Failure is Not an Option” was the motto. Jim Lovell came out about halfway through and began describing what was happening inside the spacecraft. (I thought this was an excellent way to organize the presentation.) He started with a little background leading up to the mission and then gave a descriptions of the events of that fateful flight. Jim and Gene closed out the presentation describing the 5 series of events that led to the explosion onboard Apollo 13.

It was a GREAT General Session. Without a doubt my favorite speaker presentation EVER at SolidWorks World.

I’ve posted MANY photos over on the Flickr Group. So make sure you check it out.

This is just the first post of many to come on this. I’m going to try and hit the highlights and then we will get ...

My CAD Blog – Then and Now

I realized a few days ago that my aloofness in blogging has made me speed right past this site’s 10th anniversary!  Wow – Things have changed ...

My Blog address has now changed to www.rickyjordan.com.  This is the domain name I wanted originally and is the best address long term for the ...