Yesterday on the SolidWorks Blog, SolidWorks n!Fuze was announced. This is the long rumored and delayed “first cloud product” that was demonstrated at SolidWorks World last year. As mentioned in the article, it has gone through three name changes and has now settled in as n!Fuze.

There are a few screen shots (which I have displayed below) but really not many other details as of yet. The “teaser” is for folks to come Test Drive n!Fuze at the SolidWorks booth when the partner pavilion opens later tonight. (T-minus two hours!)

I’ve got to admit that I’m a little surprised this wasn’t saved for a reveal on the General Session stage…which makes me wonder just what else will be shown as new products while we are here. We will know a little more tomorrow. I’ll see if I can get close to the SolidWorks Booth and get some video soon. Here are the screen shots that were shown on the SolidWorks Blog. 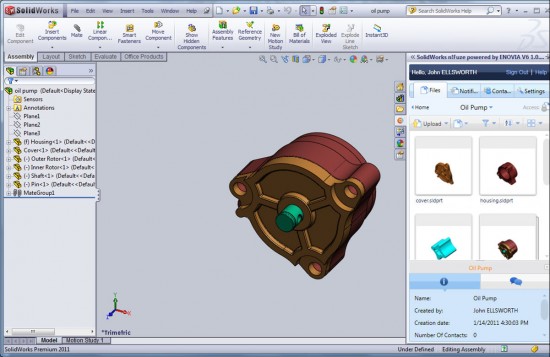 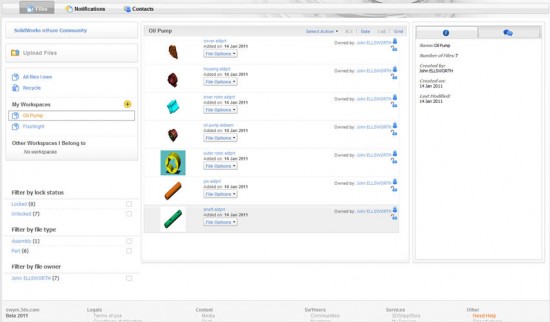 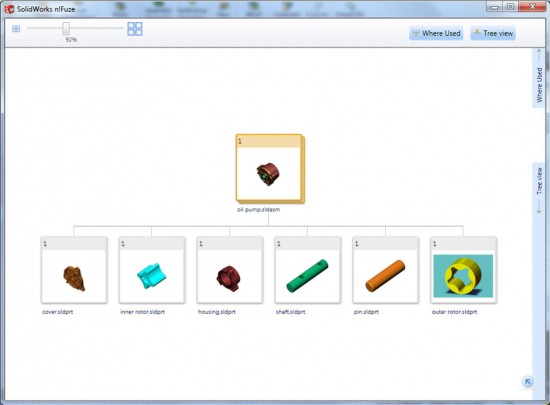 Sunday is upon us and the Morial Convention Center is really starting to crank up with activity. More and more people are starting to arrive ...

It has been almost 4 years site the last site re-design, so to say it was overdue is probably an understatement.  I still have some ...

Its January which means….its time for SolidWorks World again.  This time though….I won’t be providing live updates from San Diego because I won’t be there.  ...

Forecasting the Clouds for SolidWorks V6

Ok…with all the Cloud jokes rolling around I couldn’t help but have a little fun with the headline.  SolidWorks V6 or “The Cloud version” as ...