SolidWorks on the Military Channel! 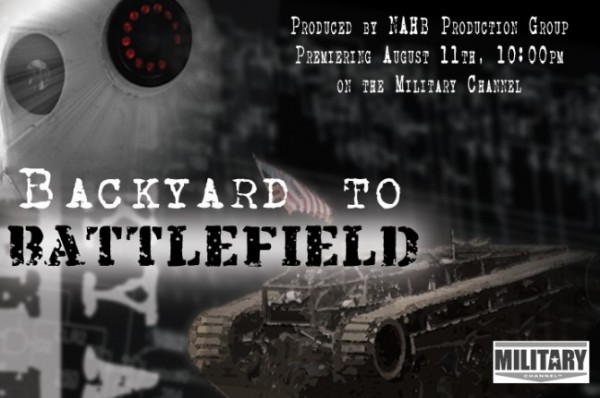 As I was channel surfing this morning I ran across a program on the Military Channel called Backyard to Battlefield.  I came in about halfway through the episode but it IMMEDIATELY caught my attention.  If you are not familiar with the show it features “outsider” defense contractors made up of small teams that are often times working out of their garages or workshops.  This of course is a stark contrast to the more common (and MUCH larger) military contractors. 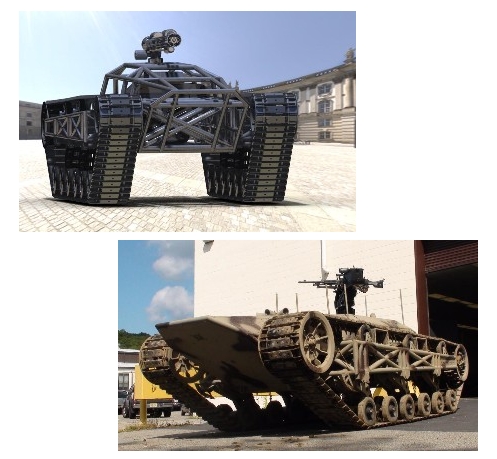 The show featured two projects that were VERY interesting.  It turns out that BOTH of them were designed in SolidWorks!  The Howe brothers of Howe and Howe Technologies from Maine have designed a truly remarkable vehicle called the Ripsaw MS1.  Even though it has “tank like” tread, it’s design enables it to handle almost any terrain and reach speeds around 80 mph!  You can see it in action in this YouTube Video. 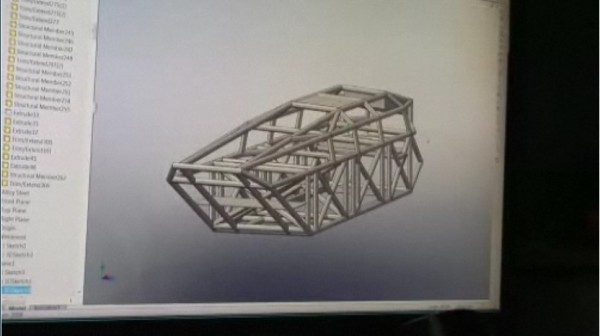 So how did I know it was designed in SolidWorks?  A quick look at some of the Deleted Scenes on the Military Channel website shows how they design and fabricate some of the structural tubing for the frame.  It appears that they are using the Weldment functionality inside of SolidWorks to design the entire main portion of the frame!  What was facinating to me was how they were taking some of the structural tubing with complex intersection cuts and converting them to sheet metal parts to get a flat pattern of the cut.  This profile was then fed to a CNC laser cutter!  That is quite an innovative approach!  You might also recognize the PhotoWorks background in one of the images above.  Since I missed the first half of the show there may have been more scenes showing insight into the design process.  I’ll be queuing up the DVR for the next time it comes on! (Wednesday October 15th at 2:00pm EST in case you are wondering.) 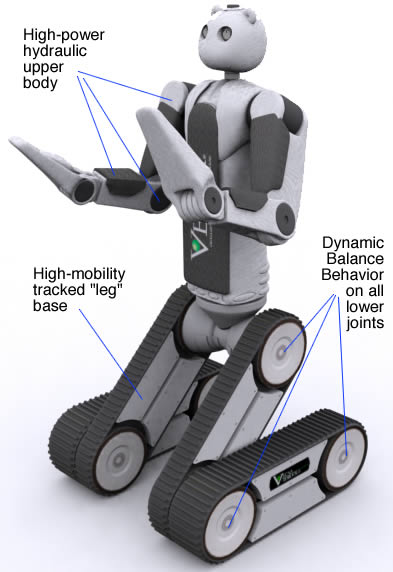 The second project show was the BEAR life saving robot from Vecna Robotics.  The BEAR is designed to balance itself on two legs while picking up a 200 pound mannequin (or later on an injured soldier)!  It uses hydrualic power in combination with various tracks to rescue wounded soldiers in the field.  Towards the end of the episode the BEAR team discovers a failure in one of the hydraulic units.  One of the team engineers is then shown bringing up the SolidWorks model of the hydraulic unit and the results of a SolidWorks Simulation study that predicts a high stress in the area where the cylinder ruptured.  The BEAR team also used physics based simulation programs to predict how the robot would perform based on the programmed movements.  Very cool stuff! 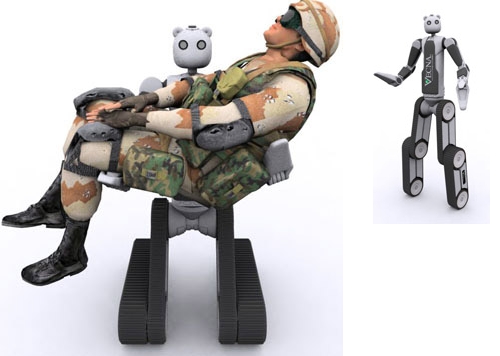 According to the Military Channel website, this is the premiere episode of the series.  This looks like a show you want to keep your eye on for sure.  Also – For all of you Discovery Channel geeks out there – Don’t miss the premiere of Prototype this coming up this Wednesday.  You can check out Josh Ming’s post over at SolidSmack about that series HERE.

Here is a quick little video tip for you.  You can combine the Isolate command with the Show Hidden Components command.  This powerful combination gives ...

WOW!  That was quick!  Only one Pre-Release and we are already at SP0 Early Visibility.  It is available for download to those participating in the ...

The Weldment functionality received some significant upgrades in SolidWorks 2009.  The general result of these enhancements will be less time spent by the user generating ...